Netflixing and enjoying lately: Versailles. I don't know my Louis XIV era history well enough, but I'm suspecting this is rather more historical fanfic than actual history. Even so, it's got all the intrigue and gorgeous costuming and insane sex and dreadful slaughtering you'd expect. So, it's a good time. Kind of like a slightly lighter Game of Thrones. (Just slightly. And with a slightly smaller cast. But that's not saying much, I suppose, since pretty much everything has a smaller cast than GoT.) 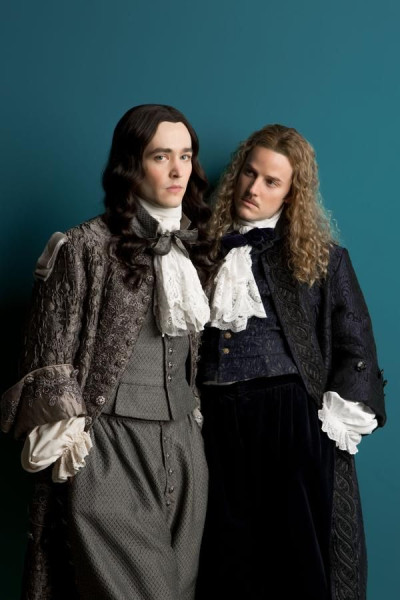 That's Alex Vlahos as Philippe, Duke of Orleans, the king's brother, called "Monsieur" at court; and Evan Williams as the Chevalier de Lorraine. Apparently this couple is now #MonChevy in the fandom world. Vlahos was Mordred on BBC's Merlin, which is how I heard of Versailles and got interested. Also, George Blagden (who caught my attention as Grantaire in the recent film version of musical Les Mis) is quite magnetic as King Louis. I'm not through with season 1 yet, so no spoilers! 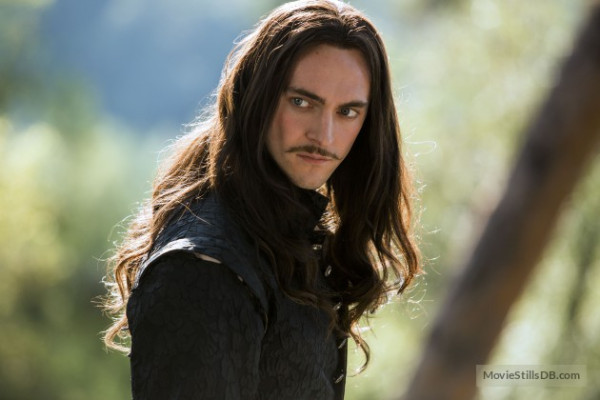 Then on lighter Netflix days I watch some old eps of Arrested Development, which I never saw that much of when it was actually on, or Galavant (it's like Robin Hood: Men in Tights), or New Girl. All good and silly.